The Italian police have always been famous for owning the fastest patrol cars in the world, two Gallardo LP560-4, to chase the most outlaw street racers. A couple of weeks ago they were dethroned by the Dubai police department announcing the arrival of an LP 700-4 Aventador patrol car. The tweet by Dubai Police HQ stated “Latest #Dubai_Police patrols, now at your service,” with it was attached the pic of the Aventador equipped with a police siren. The pic was taken in front of the Dubai Mall, the world’s biggest shopping center. Well the “at your service” part of the tweet is not exactly true, this 700hp supercar’s function is just to cruise in tourist areas to impress foreign travelers and give a “classy” and “wealthy” image of Dubai. For car chases, the Dubai Police has at its disposal a couple of brand new Chevy Camaro, an american muscle car that is powerful enough and not that expensive to repair. 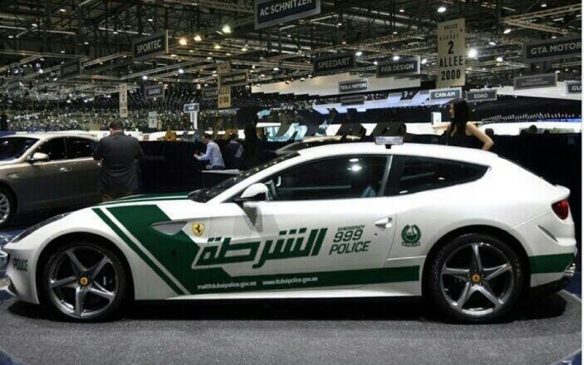 Like all that was mentioned above wasn’t impressive enough, the Dubai Police Station just announced the arrival of a new supercar to the patrol team, a 6.3-liter V12, 651hp Ferrari FF. I suspect that the Ferrari, like the Aventador, won’t be used to chase wealthy Dubai citizen that decided to have some fun with their supercars. Instead the FF will be used to cruise around crowded and tourist areas to impress the foreigners. At a time when the biggest part of the world is going through a financial crises, Dubai strikes once again with another impressive spending, adding another achievement to their “Most Impressive in the World” collection.