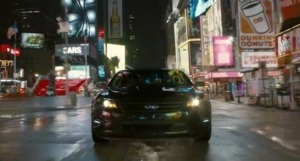 The Ford Taurus is one of the road vehicles that is gonna be used in the new Men In Black movie along with some jet packs and other space futuristic gadgets. The Taurus SHO features a 3.5 twin-turbocharged V6 delivering 365 hp/350 lb-ft of torque. The SHO is equipped with four wheel drive system. As a car for MIB3 the Taurus doesn’t really have that “out of space” look neither does it fly. The Acura NSX would have been definitely a better choice. The NSX looks particularly gorgeous in “The Avengers” which is an action movie featuring a whole bunch of superheroes including IronMan, Hulk, Captain America… The movie is specially entertaining if you are watching it in 3D or imax.