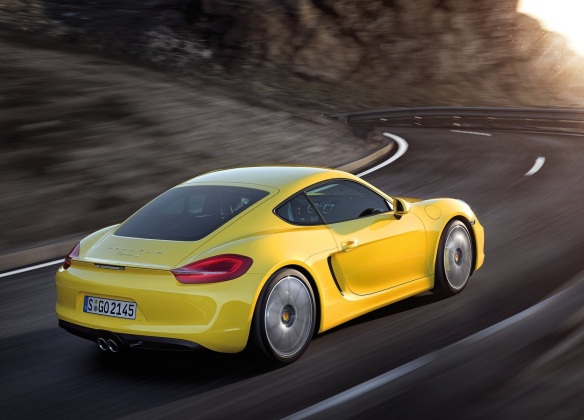 This is the commercial of the brand new freshly backed Porsche Cayman and Cayman S that were released at the LA motor show a few days ago. Look wise, the new Cayman is very similar to the Boxster 2013. Well we are use to that with Porsche. They always have this type of “evolution” instead of “revolution” strategy. The 2nd generation Cayman will be available in two engines. The entry model is able to achieve a 0-100 in 5.6 sec thanks to its 2.7 liters flat-six engine delivering 271hp and 214 lb-ft of torque.The Cayman S will be equipped with a 3.4 liters flat-six engine delivering 321hp and 273 lb-ft of torque allowing it to burn the 0-100 in 4.9 sec. Theses new models have lost around 70kg compared to the first generation Cayman models. This has been mainly achieved thanks to the use of aluminum in the making of the body and a bigger glass on the roof top. I really love the way the rear spoiler is sort of melted into the car. Regarding the commercial there is nothing special to be mentioned it is one of those “car introduction” commercial showing a car cruising on different streets.