The SRX is the new luxury SUV by Cadillac. This new 2012 model features a 3.6 liter V6 that delivers 308hp and 265lb-ft of torque which replaces both the 3.0 V6 and the 2.8 turbocharged V6. I really like the new body design, modern while keeping the Cadillac spirit. I specially like the back stop lights at the back.

Is the footage of the ad really taken in Lebanon? I noticed that at 0:16 there is a sign showing “Faraya-Mzaar 2465m”. Faraya-Mzaar is the premier Lebanon ski resort and is a very frequented destination in summer. In the ad, the road, is a mountain road but it has nothing to do with Lebanon. It is definitely not the road to Faraya-Mazaar, it is actually the road to Pikes-Peak in the United States of America which is located at 14,110ft. (which you can see at 0:16 of the second video). This second video was posted by Cadillac on youtube about a year ago.

What CadillacArabia did here is take the footage that was filmed in the United States of America by Cadillac and adapt it into the middle-east by simply changing the sign on the road. Well there is technically no plagiarism here since both ads are for, and from Cadillac but some creativity wouldn’t harm anyone!! And believe me Lebanese know there roads by heart and specially the ones leading to Faraya-Mzaar. So just changing the sign isn’t gonna work. I find that very lame specially coming out of such a big company. 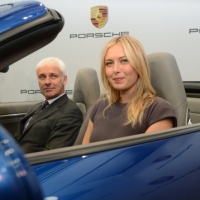