Introducing the new 45th Anniversary edition of the SL65 AMG. Mercedes announced that it will produce only 45 specimens of this beast. This special edition model will feature the same SL65 AMG 6.0-liter twin-turbocharged V12 engine that delivers 621hp and 737 lb-ft. Other than the “designo magno graphite” matte paint, and some 45th edition badges, this special edition version has mostly the same features as the regular SL65 AMG.
Regarding the Ad, the tear of that middle aged man a the beginning of the commercial is just priceless. This SL 65 AMG is definitively “the only place where men can cry”.

The new 2013 BMW M135i concept was one of the innovations that BMW introduced atthe Geneva 2012 motor-show. The M is an upgraded version of the one series that is gonna feature a twin turbocharged 6 cylinders in-line engine that is gonna deliver around 300 hp. The M135i is a rear-wheel hatchback that I think will be really fun to drive.

I am a very big fan of hot hatches and i find that having so much power in such a small RWD car is just amazing. Regarding the exterior look, I find the old version of the M135 much more aggressive and serious specially regarding the rear part. The old M135 featured four exhaust pipes at the back that were just gorgeous.
This ad focuses on the “Fun” part of the car as the two professional drivers are playing “IT, the game”. They make the stunts look so smooth and easy to do.

The SRX is the new luxury SUV by Cadillac. This new 2012 model features a 3.6 liter V6 that delivers 308hp and 265lb-ft of torque which replaces both the 3.0 V6 and the 2.8 turbocharged V6. I really like the new body design, modern while keeping the Cadillac spirit. I specially like the back stop lights at the back.

Is the footage of the ad really taken in Lebanon? I noticed that at 0:16 there is a sign showing “Faraya-Mzaar 2465m”. Faraya-Mzaar is the premier Lebanon ski resort and is a very frequented destination in summer. In the ad, the road, is a mountain road but it has nothing to do with Lebanon. It is definitely not the road to Faraya-Mazaar, it is actually the road to Pikes-Peak in the United States of America which is located at 14,110ft. (which you can see at 0:16 of the second video). This second video was posted by Cadillac on youtube about a year ago.

What CadillacArabia did here is take the footage that was filmed in the United States of America by Cadillac and adapt it into the middle-east by simply changing the sign on the road. Well there is technically no plagiarism here since both ads are for, and from Cadillac but some creativity wouldn’t harm anyone!! And believe me Lebanese know there roads by heart and specially the ones leading to Faraya-Mzaar. So just changing the sign isn’t gonna work. I find that very lame specially coming out of such a big company.

Introducing the all new 2012 Wrangler, one of the best off-road cars in the world. The new off-roader by Jeep features the all-aluminum Pentastar engine that delivers 285 horses and 260 lb-ft of torque. The 3.8 liters V6 delivers 83 extra horses power now. Even though the max torque is attained at higher rpm, the jeep still showed some magnificent performance on very rough terrain. Personally I think that Jeep has really found the off-road spirit and its constantly showing it in all its new models. I really love all the small accessories that goes with the wrangler. They make every Wrangler really unique.

Regarding the commercial, its some standard Jeep commercial: crazy action, rough terrain, crazy stunts and a Wrangler. You can check my older post on the Wrangler Call of Duty MW3 edition.

I have always assimilated this car to a fridge with an engine and four wheel drive. The LR4 is just too bulky and the engine power doesn’t compensate for that. Looking at its side look, its like a Range Rover Sport with a BIG box at the back. I must say that the car is very spacious, allowing 7 people to sit comfortably (well that’s a minimum with such an exterior design). The new Discovery engine is better and more efficient that the old on. The new diesel 3.0-liter twin turbocharged engine with 600Nm of torque would be the best option.

As an off road 4×4 it has really good potential with a lot of off road option to go for. Every option modifies the suspension and the gear shifting to adapt to the terrain. But with such a heavy car it is really hard to not to get stuck in a muddy and snowy terrain

Regarding the commercial I find it really nice, emphasizing on the 4×4 all-terrain capabilities of the car in a very subtle way. Land Rover is really promoting this car, like most of their car as a “car for adventures”. A car for everyday anywhere.

This is one of the craziest car ads I have ever seen. Like Seriously?! A man wearing a wing-suit, wired to a Countryman and getting ejected from a cliff?! The 2013 MINI John Cooper Works Countryman is an amazing combination of power and handling. The 1.6 turbo engine delivers 211 hp and 207 lb-ft of torque. Combined with the All4 all-wheel drive system, the Contryman ends up to be the first and fastest MINI JCW with a four wheel drive system. 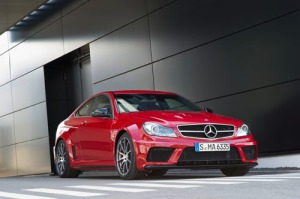 Introducing the official ad of the C 63 AMG Coupé Black Series. Like the C63 AMG with its 451hp and 443lb-ft of torque wasn’t fast enough, Mercedes introduced the coupe black edition of that model featuring 510hp and 457 lb-ft. This upgraded version of the C63 AMG is just wonderful.

Introducing the Aston Martin, V12 Zagato. Introduced at Geneva Motor Show in March 2012, this new born of Aston Martin features a 510BHP and 570MN of torque V12 engine. As you press the Start button, The sound of that V12 engine waking up is just crazy! It reminds me of the Bugatti Veyron’s ignition sound. JUST LISTEN TO THAT THING!!!

This Japanese ad is introducing the new Subaru BRZ 2013. This car has one of the lowest possible centers of gravity on the market today with an engine positioned very low in the chassis. Due to that Subaru wasn’t able to fit an All-wheel drive system for the car so the car will be equipped with rear wheel drive. This BRZ features the new Subaru Boxer engine that is gonna be a 2.0 liter engine delivering just around 300 bhp. This new “sports car” design of the car is really new to Subaru and they really did a good job there. The car looks amazing and all the aerodynamics are optimized for down force.

Doesn’t this car look familiar to you? Well it looks pretty much exactly like the Toyota GT86 that Toyota developed. In fact, for the BRZ and GT86, there development was made after a join-venture between Subaru and Toyota for this project in order to come up with the ultimate steering sensation and driving pleasure sports car in the market. (Press the cc button in the video to get the English subtitles) 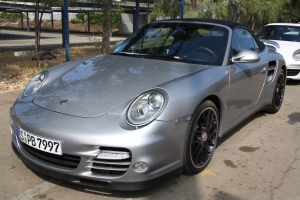 This ad among few, was presented for the 2011 Porsche “My Daily Magic” contest. The top ten finalist of this contest had the chance to borrow a 2012 Porsche 911 Turbo S and have 48 hours to shoot the final movie. The Grand Prize Winner of the 2011 “My Daily Magic” was attributed to Michael Koerbel, writer and director of this ad.