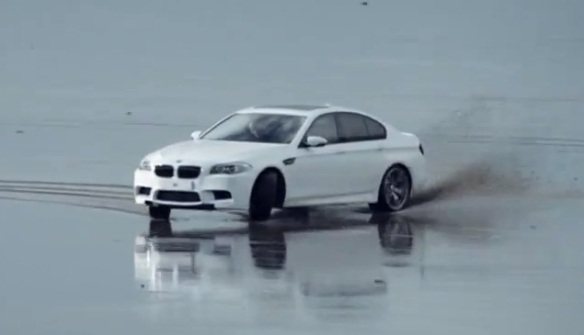 BMW have always had astonishing commercials. Recall the “Bullet Commercial” that was released less than a month ago. It was amazing, to advertise their M5 as the fastest sedan available they compared it to the Bullet of a gun. The M5 features an amazing V8 Twin turbo charged engine that was already discussed on TheAdsGarage. For the Olympics, BMW found as usual a nice idea to promote the German athletes while showing their last new born, the magnificent M5. The commercial was shot on the sands of Wales. Several episodes of top gear were filmed on their. The beach is amazing for car drifting. This commercial is simple, original and straight to the point. Enjoy! To check the previous M5 commercials you can type “M5” in the search box at the top of the page.