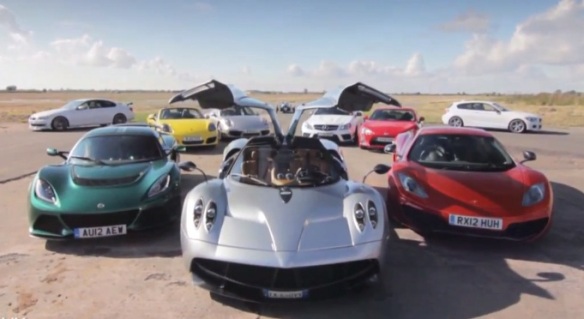 I was expecting a more organized and structured video by EVO for “the car of the year 2012” more like MotorTrend’s Best Driver’s Car 2012 that was released a few month ago. This video is filmed more like a normal day at the track than like a Car of the Year 2012 by EVO video. In it, Tiff Needell and Dickie Meaden take ten hot 2012 cars and take them to a spin. The end result was expected no major surprises. The fact that Tiff Needell decides not to turn the traction control of the Huayra off while driving it around the track is also a bummer.